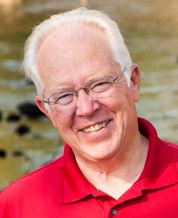 Having maintained an active real estate license since 1978, it is exciting to live and work in an area with some of the most beautiful real estate in the world. The resplendent beauty of Chaffee and Saguache County is only exceeded by the incredible diversity to be found. The close proximity to outstanding hiking, rafting, hunting, four-wheeling, fishing, snowmobiling, snow skiing, and rock hounding (to name a few) are each added bonuses. The Expansive views from them any “14ers” in the Collegiate Peaks area and the Sangre de Cristo Range give way to the stunning and gorgeous Arkansas River Canyon where the views change minute by minute. The abundant wildlife including: elk, bear, big horn sheep, mountain lion, mountain goat, turkey, and many more make the area a paradise for photographers and hunters. Just point the camera in most any direction and “click”. The result will likely be a masterpiece!

As a fourth-generation Chaffee and Saguache County descendent, what a pleasure it is to travel the paths of numerous ancestors. Prior to relocating to the greater Salida area eight years ago, frequent visits to Salida, Ute Trail, Garfield, Bonanza, and Alder Creek were highlights of my earlier years. Great-grand parents, John and Addie Belle Elarton came to the area in the very earlier 1900’s. Grandparents, O.D. and Edna Elarton lived in Chaffee and northern Saguache County. O.D. worked in the mines and prospected on his own. After moving to Salida in the late 1940’s, he was an active member/officer of the Chaffee County Mineral and Gem Society. Edna, in addition to raising three children including my father Reid (born in Garfield in 1919), was the last Postmistress of the Alder Post Office from 1924 to 1930. Edna’s later years were spent as bookkeeper for the old City Market and ultimately the Minit Market Chain.

Between focused efforts in the real estate business, a career in public education evolved. Although a high school teacher (business subjects) and athletic coach for several years, administration was the primary focus including a total of 22 years as a high school principal, district finance director, and school district superintendent. Teamed with my spouse Mary, a marvelous mother and career educator, four children were raised. Oldest son Ryan, finance director for Pueblo School District 70, married Diane Foster daughter of John and Sylvia Foster of Salida. Scott (wife Laurie) has enjoyed sixteen years as a professional baseball player and now owns a ranch in Eastern Colorado. Daughter Erin, a 2000 graduate of the Air Force Academy is a regional supervisor for Davita an international kidney dialysis company. Shannon, a Chicago resident for 10 years, works as a consultant to a large domestic and international businesses for Booz and Company.

To become affiliated with United Country – Heart of the Rockies Real Estate as an associate broker has been quite a thrill. Serving the residents of the area and those seeking to be residents, presents a marvelous opportunity to demonstrate a lifelong commitment to professionalism, honesty, and integrity. It is very fulfilling to help people accomplish their desires and goals in the real estate realm whether they are buyers or sellers. Seeing that each “deal” is culminated with dedication to accuracy, attention to detail, fairness, and efficiency is the performance standard. 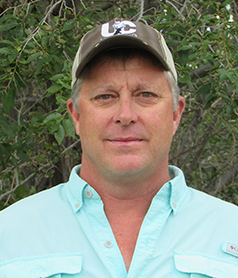 I am a native of the Southern Colorado Rockies and have a real passion for the region and its people. Licensed since 1990 and a third generation Colorado Real Estate broker. I have a vast knowledge of the region and the various markets throughout Southern Colorado. I spent over 20 years (1991-2012) with Land Properties, Inc., one of Colorado’s most experienced and successful Mountain Real Estate marketing and developing companies. I started as a salesman in 1991 and became the President of the company in 2001. This experience gives me an incredible understanding of the various markets and property types in the region along with a vast network of buyers and sellers. As an avid outdoorsman, my family and I love the incredible hunting, fishing, skiing, and other recreational activities the Southern Rockies provide. I have been blessed to have traveled to some of the wildest and most beautiful places on earth. From sub Saharan Africa, South and Central America to Siberia. I still have never found anywhere that could pull my family and I away from our home in Salida and the Southern Colorado Rockies.

Let me put my vast networking, knowledge and experience to work for you. Whether buying your dream property or selling your ranch, home, or business, I will give you a competitive advantage and guide you through a trouble free transaction. 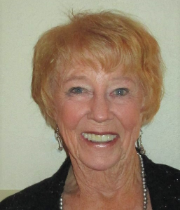 Experience is knowledge and the reason Karin Adams is the “go to” person for any real estate needs. Karin has the honor of being one of the longest continually active licensed real estate brokers in Chaffee County. She specializes in ranches, resort, recreational, and commercial properties throughout Colorado staying informed on the markets with the broad network of contacts she has established  over her incredible real estate career. She knows that making a wise investment requires time, research, and commitment. It is crucial to have a broker who has a solid understanding of how to facilitate transactions for the benefit of a client’s specific needs. Karin has extensive knowledge of various areas with differing property rights, zoning requirements, water rights, access issues, and tax implications.  Karin has been involved with many transactions that included 1031 tax free exchanges and retirement accounts established into real estate holdings. She is a tenacious and creative broker who uses her knowledge, contacts, and resources to finalize challenging transactions. Karin’s commitment to the communities is reflected in her participation on innumerable boards of nonprofit and civic organizations generously contributing time and funds. Karin is also a long-standing member of the Realtors Land Institute, which is the nation’s premier land brokerage association that specializes with agents throughout the United States and abroad. Karin had the No. 1 office for over 8 consecutive years  with the United Country franchises and continues to be one of the leading agencies.  She was on the Executive Committee for the Chaffee County Economic Development Corporation for 5 years and was a Commissioner on the Chaffee County Planning and Zoning Commission. 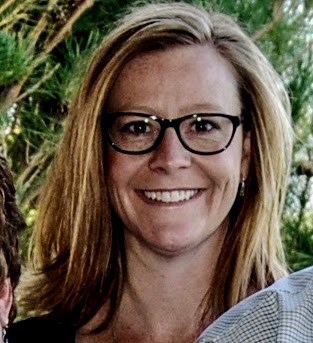 Tracy is a native of Salida, Colorado and the second generation in her family in the Real Estate industry.  Through growing up with her family in the business, she has experienced much of the business prior to even having a license.  Tracy first became licensed as a Real Estate Broker in 1998 while attending the University of Northern Colorado.  After college, Tracy was hired on with a custom home building company and figured out that she really enjoyed development, building and design in addition to traditional Real Estate.  She continued in the design and building industry from 1998-2004.  Since 2004, Tracy started her own business in home design and retail and has continued with that through the present.  In 2017, Tracy re-activated her Real Estate license and decided it would be nice to combine her love of design and construction with Real Estate.

Personally, Tracy has always loved sports and as much travel as possible.  She played at the Collegiate level in Volleyball and Basketball.  She also loves to play in the dirt with motorcycles and 4-wheelers.  She loves Colorado and being out in the amazing weather we are so fortunate to have.  She has traveled extensively throughout the US as well as Internationally including China, Australia and Africa.

Tracy takes pride and true enjoyment in working with people to find them their perfect Colorado mountain property.

Lydia recently moved to Buena Vista, CO  in 2017 from Cleveland, Missouri, a tiny town south of Kansas City, MIssouri.  She was born in New Jersey, but moved to the Kansas CIty area with her family in 1976.  In 1992, she started working at a Kansas City video production company and in 2003 started her own video production and event services company.  After 28 years in video and event productions, Lydia is excited to use her client relationship and marketing skills to help guide buyers and sellers smoothly through every real estate transaction.  Married with two sons and two granddaughters, she enjoys spending her free time exploring Colorado off-road and helps local and national organizations with trail maintenance and education of propert trail usage.  Lydia is known for her enthusiasm, humor, resourcefulness, and dedication to excellence as well as her commitment to creating partnerships to ensure client satistaction. 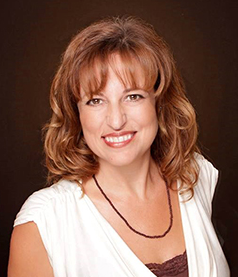 Kawin was born and raised in New Mexico growing up in Manzano Mountain Range.  She moved to the Front Range of Colorado, 20 years ago and, eventually found herself in Denver.  She moved to Chaffee County in 2005 and has made her it her home.  Her daughter attends school in Salida and both are very active in The Salida Circus where her daughter has become an avid aerialist.  Katwin is a master potter and enjoys her time outdoors; hiking in the summer and skiing in the winter.

Katwin has a passion for real estate and provides exceptional customer service by exceeding your expectations in the process of buying or selling your property.  She provides honest, up to date information on homes and land in Chaffee County and surrounding areas. 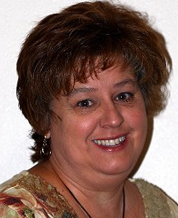 I started out my early adult life moving at least every two years, that was until 1995 when I found my way to Chaffee County. I landed here and have never wanted to leave the beauty that surrounds me. My husband, John, and I ended up raising our 6 children here and all of them graduated from Buena Vista High School. They are now out on their own and are starting to give us wonderful grandchildren. Everything they say about grandchildren being the prize we get for raising our childrent is true, they are the joy of our lives. I have been in real estate in one form or another most of my life. My mother and grandmother were both property managers and I got my first property managment job at the age of 20. In 2006 I took my vast office and real estate experience to a real estate office in Leadville, CO. In 2009 I decided to get my real estate license and have never looked back. It is my job to help the brokers in my office preform to their maxium capibilities. I love working in the office as the support for everyone, brokers, sellers and buyers. Just give me a call and I'll set you up with a broker in the office that would match up with what you want. 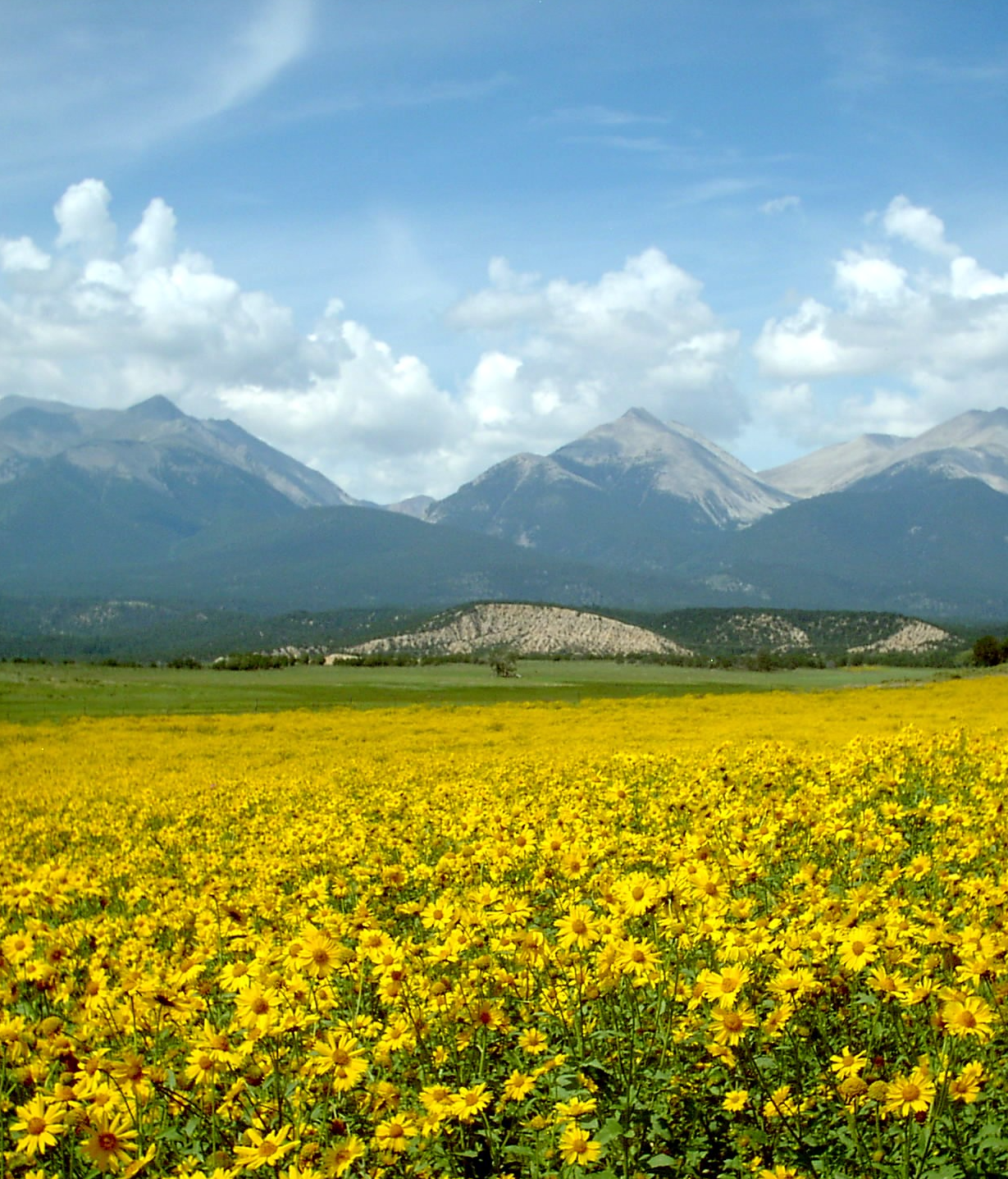